I'm so pleased to be reviewing Daughter of Ishmael: Promised Land, Broken Heart by Diane Stringham Tolley today. As you might guess, I love to read and share scriptural fiction. I also thought this might be a book readers of my Stripling Warrior series would be interested in trying out as Daughter of Ishmael is similarly based on events from the Book of Mormon. 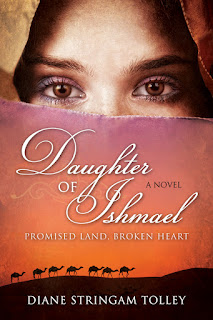 First, I really tried to enjoy this book as a reader and not dissect it like a writer or editor would do. Fortunately, this book was beautifully written, and the tendency to want to change things or write them a different way just wasn't there for me. Many passages had a lyrical quality to them, making Daughter of Ishmael just a pleasure to read.

Tolley takes her time setting the stage for Ishmael and his family to follow Lehi out of Jerusalem. She intertwines the families so that it seems quite natural for Ishmael to take his young daughters into the wilderness after Lehi and his boys, and through a series of events and choices, the main character, Hannah, winds up married to Lemuel. Though I felt like Lemuel was just the leftover pickins, Lehi and Ishmael claim to have chosen her specifically for him in the hopes that with her strong spirit and testimony she might encourage him toward righteousness.

I really liked Tolley's portrayal of Lemuel because he could be led toward righteousness. But he could also be swayed toward wickedness, and I think this is what makes him the most interesting character in the story and the most like us. Hannah is dealt a complex set of circumstances but doesn't seem to have the capacity to navigate them effectively--like, she's not sneaky enough. And yet, if she could compromise with Lemuel, she wouldn't be a worthy heroine. She is constantly torn between being a good wife (trying to understand what a good wife even means for a girl in her circumstances) and being a good follower of God.

Daughter of Ishmael really pulled on my emotions and made me ponder the story of Lehi's exodus from Jerusalem, ultimately leaving me to reflect on my own testimony and faith. I was thinking about it long after I turned the last page. I highly recommend Daughter of Ishmael to readers of historical LDS fiction who enjoy conflicts that center around faith.

You can find a copy of Daughter of Ishmael online or at your local LDS Bookstore. 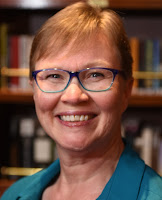 Trained in journalism and raised by a family of storytellers, Diane Stringam Tolley has spent her life writing. From her first published work, The Scary House, penned in Mrs. Hainsworth's grade six class, to her tenth novel due to be released by Cedar Fort early in 2017, Tolley has dipped into every genre from sci-fi/fantasy to spiritual. Her Christmas book, Carving Angels, has been featured on the "best of" holiday lists for Edmonton Public Libraries since its first release in 2011. And her follow-up novel, Kris Kringle's Magic (2012) is currently a standard for discussions on prejudice and bullying throughout the Black-Gold region. Drawing on her upbringing on one of the last of the great old ranches of Southern Alberta, Tolley's stories are filled with unforgettable characters, warm, family connections, and the strength of faith and love.